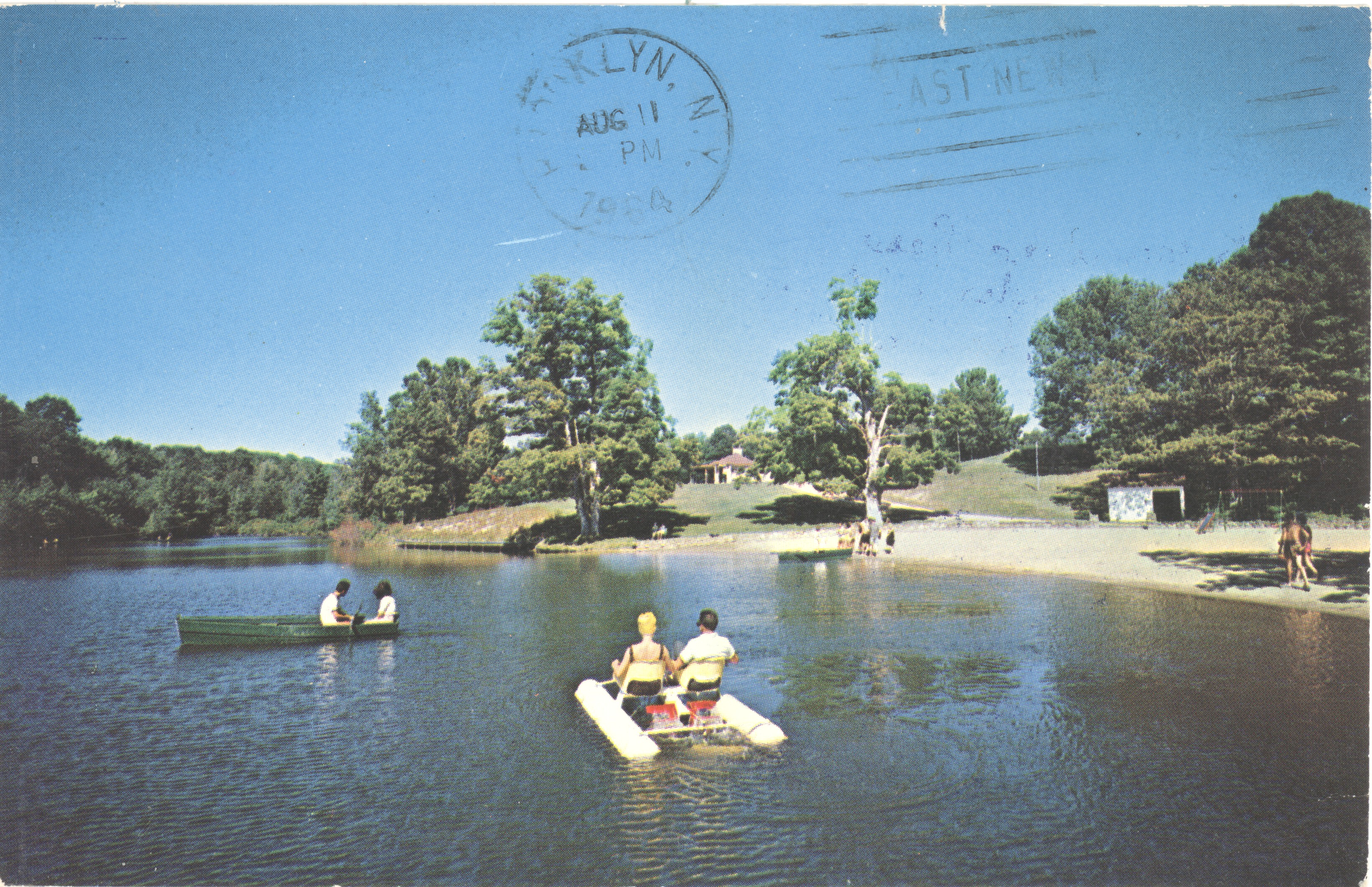 Exhibit on display now at the JHSGH Offices

From the late 1880s through the early 20th century, Jewish urban workers and their families came to Connecticut farms as summer boarders looking for rest and relaxation in the countryside. City dwellers flocked by steamboat, rail, and later car to numerous boarding houses, camps, cottage colonies, and resorts in Connecticut. Over time, many Jewish farmers developed thriving resorts in Colchester, Moodus, Lebanon, and East Haddam. Places like Banner Lodge, Levy’s Grand View, and Dember’s featured swimming pools, dance halls, and stage entertainment. So many people came that in towns like Moodus that the vacationers doubled their population for the season. While Moodus and Colchester developed the largest concentration of Jewish resorts, they could be found throughout Connecticut. New scholarship has documented the Jewish resort trade in the neighboring communities of Sharon, Connecticut and Amenia, New York. Even small farming communities like Chesterfield or Mansfield in Eastern Connecticut had boarding houses or hotels for Jewish visitors. In the 1960s, lower airfare and changing vacation habits doomed the country resorts. Most have been demolished; others have found a new life as religious retreats, a 4-H camp, and RV/camping sites.

Interested in learning more? Come to our upcoming program on the Catskills of Connecticut Thursday, November 9, 2017. Click here to learn more.

Do you have any photos or stories of people or organizations that you can share? Please contact us at # 860-727-6171.