This traveling exhibit explores the history of the Jewish wedding in America. The exhibit also includes antique ketubot reproductions from the Beinecke Rare Book and Manuscript Library at Yale University.

This exhibit was originally on display during the summer of 2015. The exhibit incorporated wedding dresses from the University of Connecticut, ketubot from contemporary artists, photos from the JHSGH archives, as well as wedding photos donated by JHSGH members. 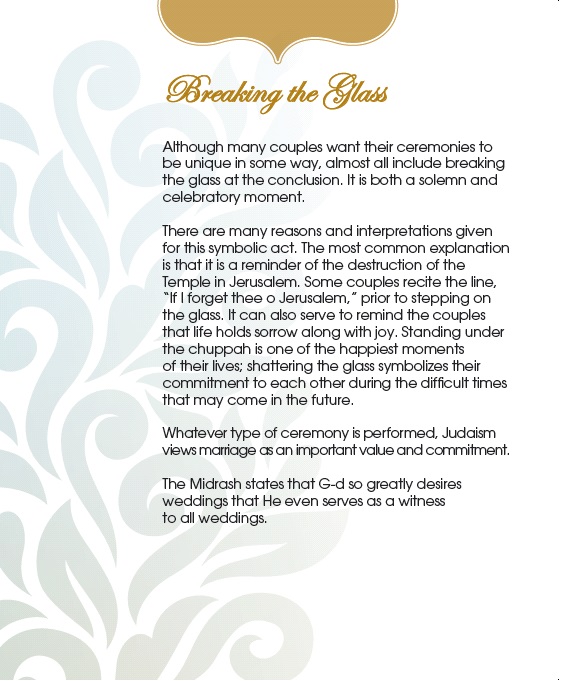 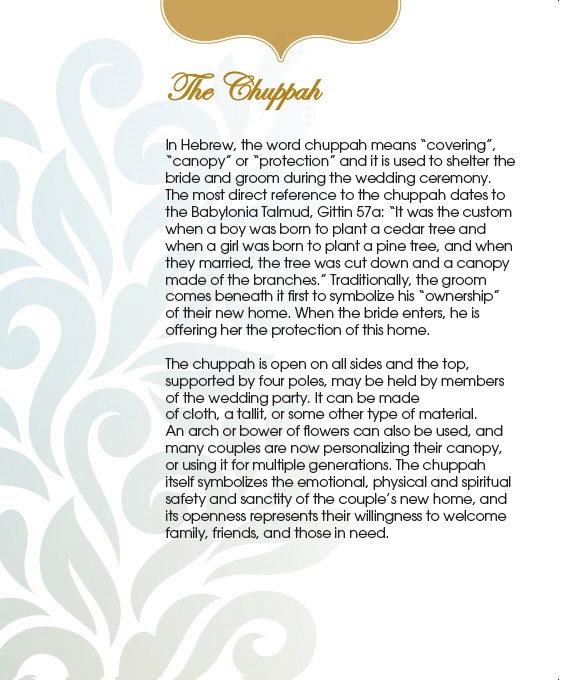 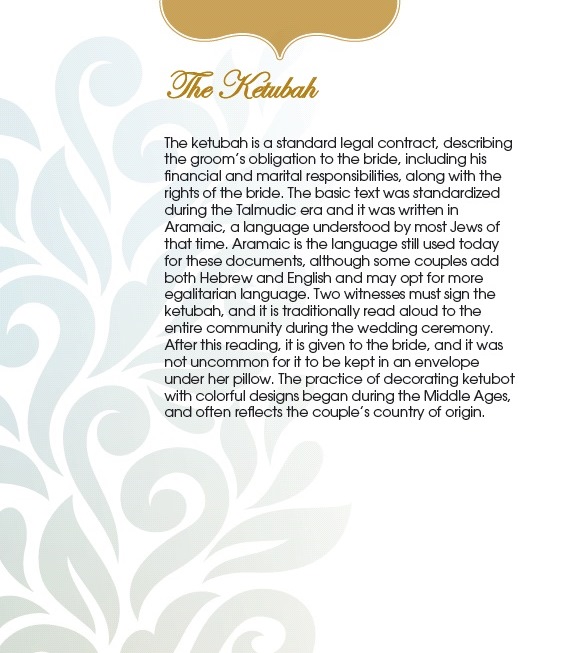 Click on panel images above for an enlarged view.

The Hartford-Israel Connection: A Century of Commitment

In Spring 2008, as Jews around the world prepared to celebrate Israel's 60th birthday, the Society created a special exhibit documenting the long-standing relationship between Israel and the Hartford Jewish community. This exhibit presents a timeline of Zionist history, both internationally and locally. All photos in the exhibit were from the Society's archives and it was both educational and inspirational to learn of the vital role Hartford played on the world scene.

From the late 1800s, Hartford has had a strong Zionist presence. Many youth groups were formed as well as numerous adult committees. Important leaders, such as Chaim Weizmann and Albert Einstein, visited because they knew that if they came to Hartford they would receive both a warm welcome and much-needed funding. Zionist meetings were held in local synagogues and were supported by the rabbinate, unlike many other communities. Despite the difficulties of travel, residents did visit and many made aliyah, although conditions were often very primitive.

In later years, with the creation of the Jewish Federation of Greater Hartford, support for Israel became more centralized. Each year's Campaign included a sizeable allocation for Israel and Israeli officials, such as Moshe Dayan and Yitzhak Rabin, continued to visit. In addition, during times of war or other crises, the Jews of Hartford could always be counted on to step up their giving. The community also came together on many joyous occasions to celebrate Israel's many triumphs. 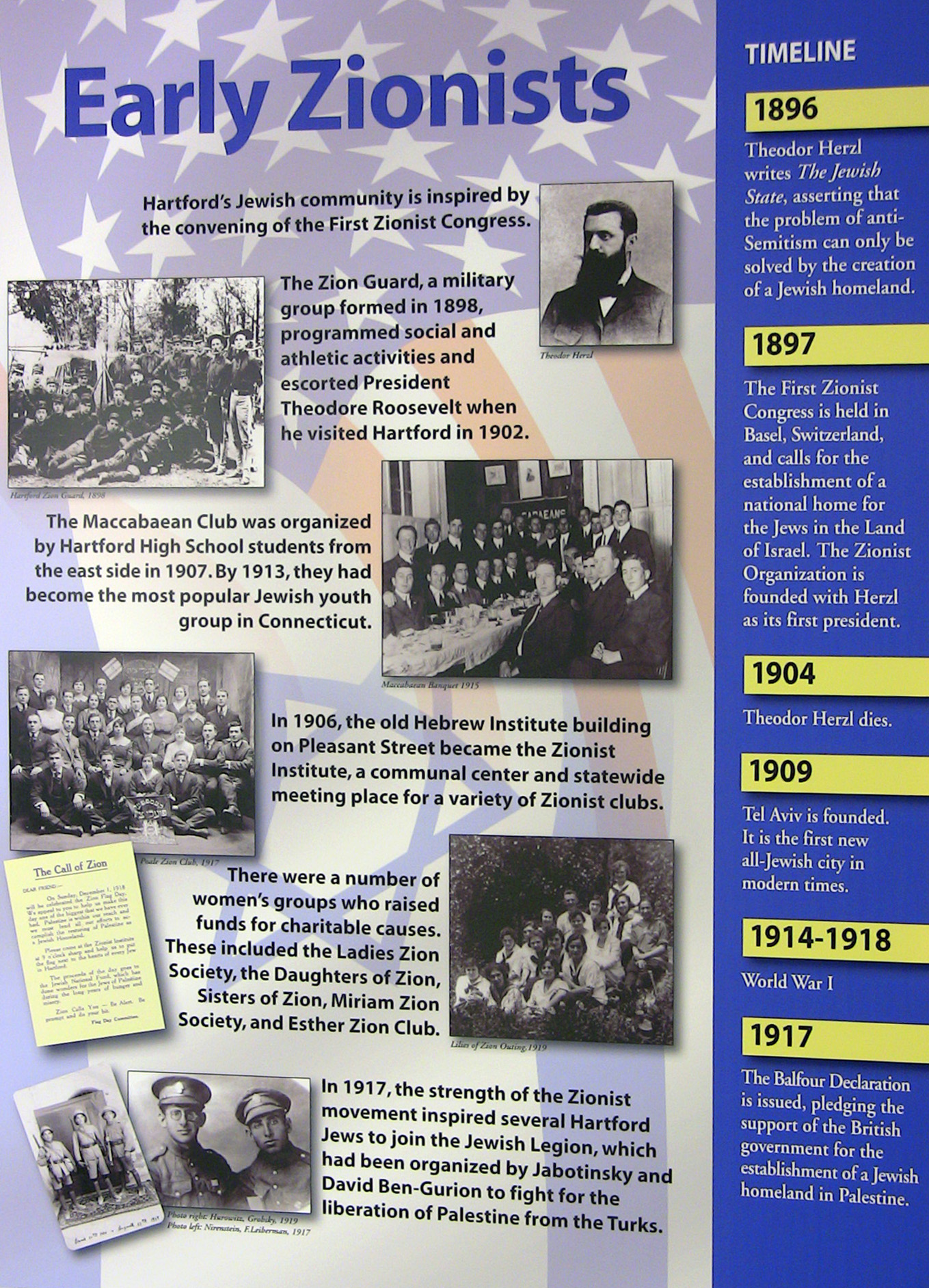 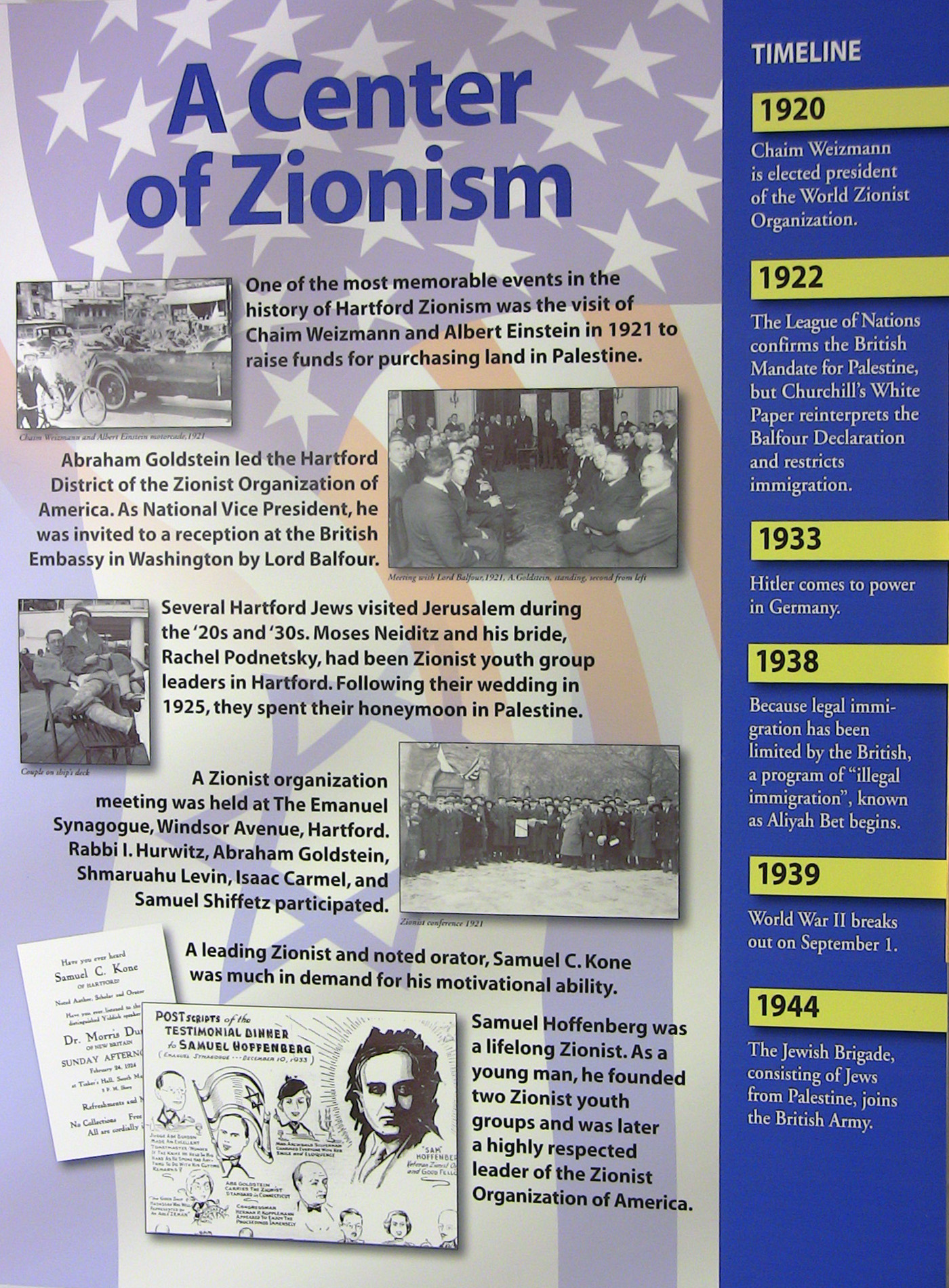 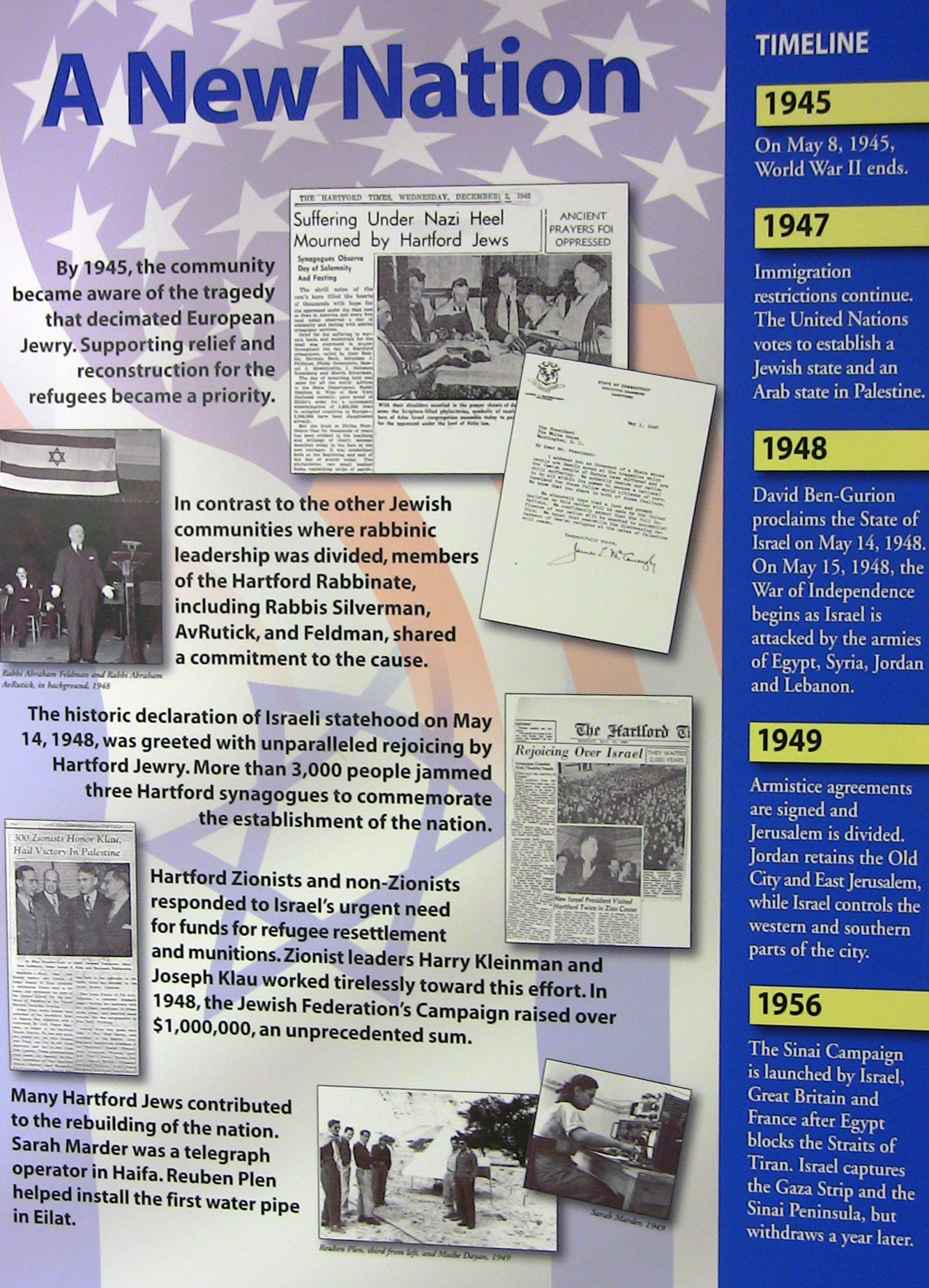 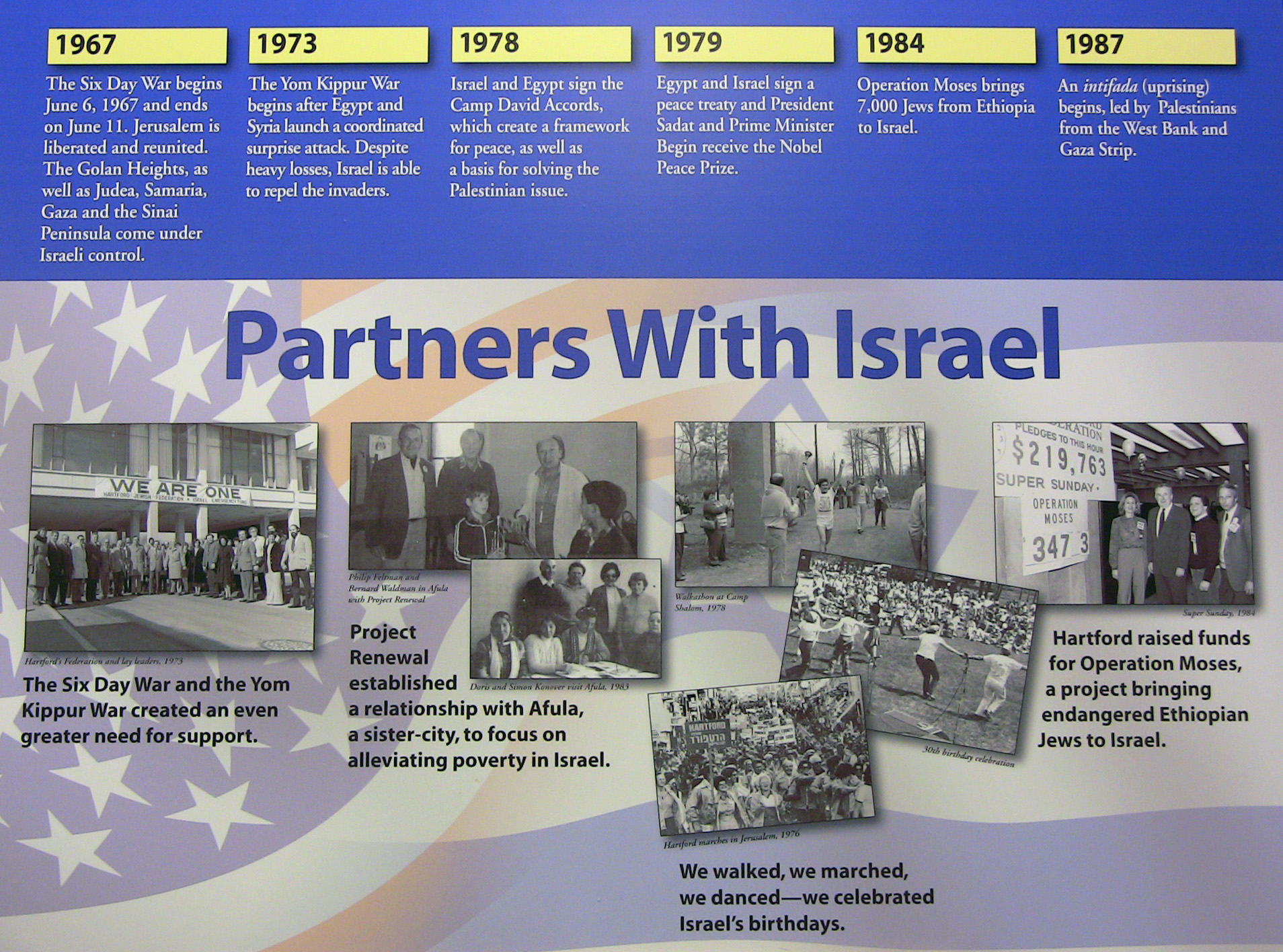 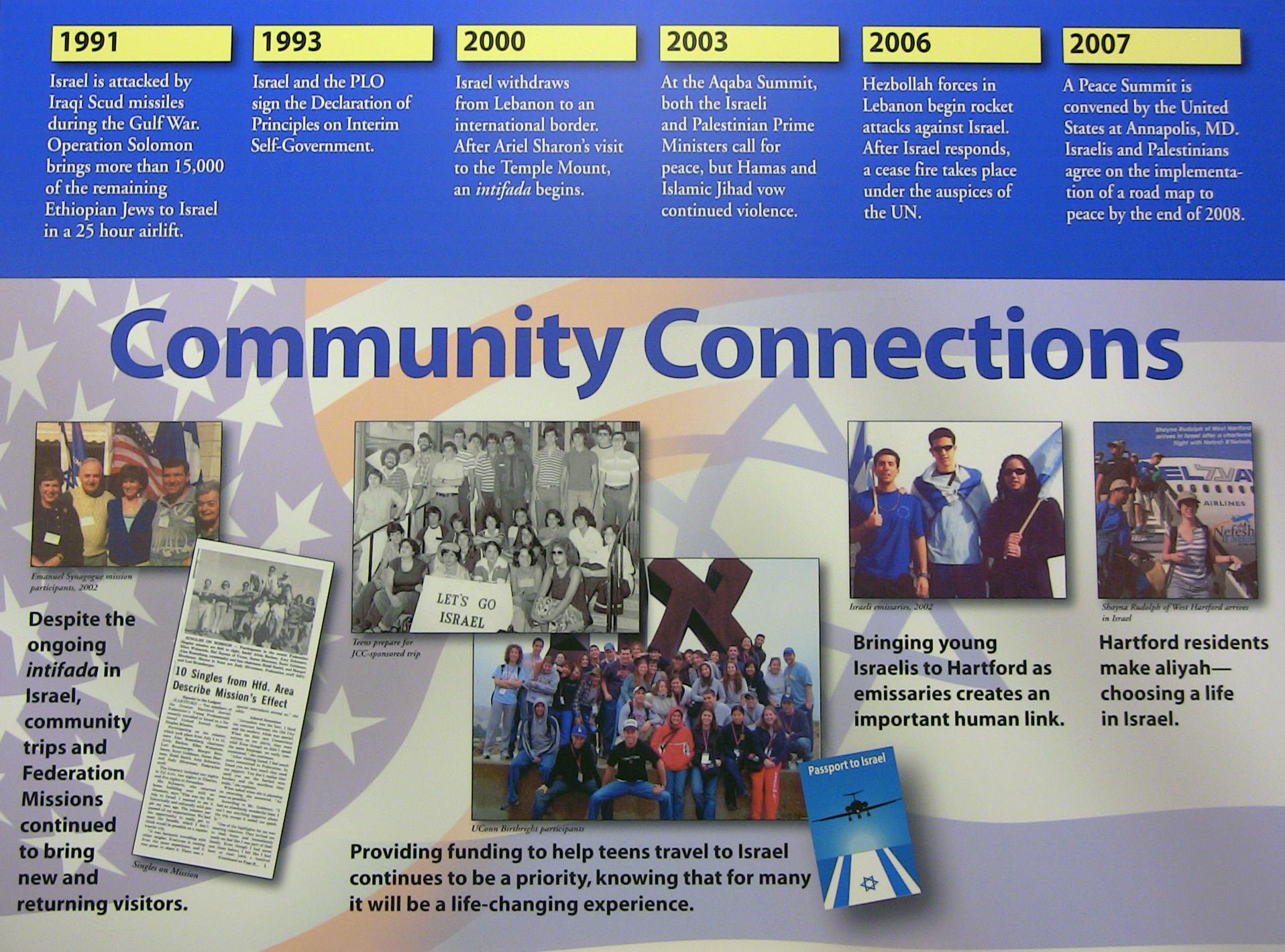 The exhibit's timeline concludes in 2007, but the connection remains vibrant. Many congregational trips are planned each year and hundreds of teens find a new sense of Jewish identity as they take part in exciting Israel programs.

The Hartford-Israel Connection: A Century of Commitment exhibit consists of five panels (36" x 48") and one information panel (18" x 24").

Click on panel images above for an enlarged view. 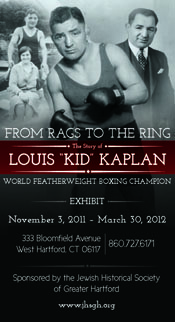 From Rags to the Ring: The Story of Louis "Kid" Kaplan

Louis “Kid” Kaplan was born on October 15, 1901 in Kiev, Ukraine. His family came to the United States when he was five years old and settled in Meriden, where his father became a junk dealer. Kaplan turned professional in 1919. At first, he fought under the name “Benny Miller” because his mother didn’t want to have a boxer in the family.

He was a busy fighter with over 50 bouts during his first four years as a pro. When featherweight champion Johnny Dundee vacated his title in late 1924, a tournament was arranged to name a successor. Kaplan beat three opponents to advance to the finals. On January 2, 1925, he knocked out Danny Kramer in nine rounds at Madison Square Garden to become the new champion.

Kaplan was known not only for his skill in the ring, but for his sportsmanship and integrity. He refused to “throw” matches, despite being offered large sums of money to do so. After retirement, he became an insurance agent, owned a liquor store, and also opened a restaurant in Hartford. He died in 1970 and was posthumously inducted into the International Jewish Sports Hall of Fame.

Although the men of the “Greatest Generation” have been chronicled many times, little has been written about the experiences of women during that period. Women in the military served in a number of capacities—as nurses, weather observers, cryptographers, radio operators, sheet metal workers, aerial photograph analysts, control tower operators, pilots, and lab and medical technicians.

At home, women took over many jobs to free men for combat. They worked in offices and factories, and then dealt with the shortages brought on by rationing. Many had Victory Gardens to supplement their food supply. They sewed and remade garments, maintained blackout conditions, collected scrap metal and other commodities for the war effort, helped to boost morale with letters and by attending social events, and worried about family members who were in the armed forces. This exhibit focuses on interviews of Hartford area women the Society conducted over a period of one year, as well as oral histories from our archive. Their stories are emblematic of the thousands who did their duty and then got on with their lives.

Additional photos used in the exhibit can be seen on the Jewish Women's Archive's Flickr site. 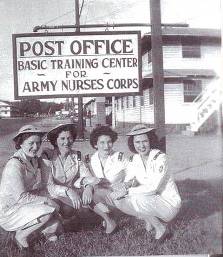 This exhibit was based on the videotaped testimonies of Jewish World War II survivors from the former Soviet Union now living in the Greater Hartford area. These personal histories, which have been recorded for the first time, illustrate a wide range of survival strategies.

While the introductory panels of this exhibit are devoted to a brief history of Jews in the Soviet Union and an overview of World War II, the remainder focus on specific Jews (who now live in Connecticut) as members of the armed services; as military medical personnel; as partisans in the Jewish resistance; as survivors of ghettos, camps and/or hiding; as refugees and evacuees in remote parts of the USSR. The final double set of panels has contemporary portraits paired with the old photographs and brief statements of what happened to each individual after the war. For those venues with enough space to accommodate a monitor display, we have a 12-minute video loop of selected testimonies. Two sections of the VCR booth showcase poems in Russian and English by one of the witnesses. A third section focuses on a remarkable woman, one of 22 survivors from her entire region, and the book she has created in memory of those murdered in her village. 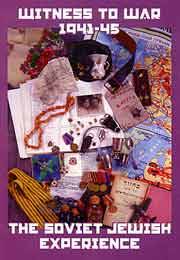 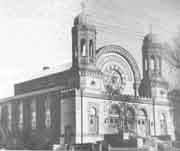 1843-1943 One Hundred Years of Jewish Congregations in Connecticut: An Architectural Survey

Synagogues have long served as the foundation of Jewish life. This exhibition identifies and documents historic synagogues, built in Connecticut between 1843 and 1943 and is based upon the architectural survey conducted by the Connecticut Historical Commission and noted state architectural historian David F. Ransom. The survey concentrates on three types of synagogue architecture: rural, urban, and buildings converted to synagogue use and serves as a permanent record of many sites which have changed, disappeared, or are endangered.

1843-1943 One Hundred Years of Jewish Congregations in Connecticut: An Architectural Survey consists of 60 black and white photographs with captions mounted on foam core. The photographs vary in size from 5"x7" to 12"x16". Eighty linear feet of space are required for this exhibit.

Order a copy today for just $20 by clicking the Add to Cart button below or by printing our order form and mailing it in with payment.

Order a copy today for just $20 by clicking the Add to Cart button below or by printing our order form and mailing it in with payment.

For information regarding rental of these exhibits, please contact Estelle Kafer, Director, Jewish Historical Society of Greater Hartford at (860) 727-6171 or e-mail ekafer@jewishhartford.org or contact the historical society staff for additional assistance.